Life as a mainstream foster carer 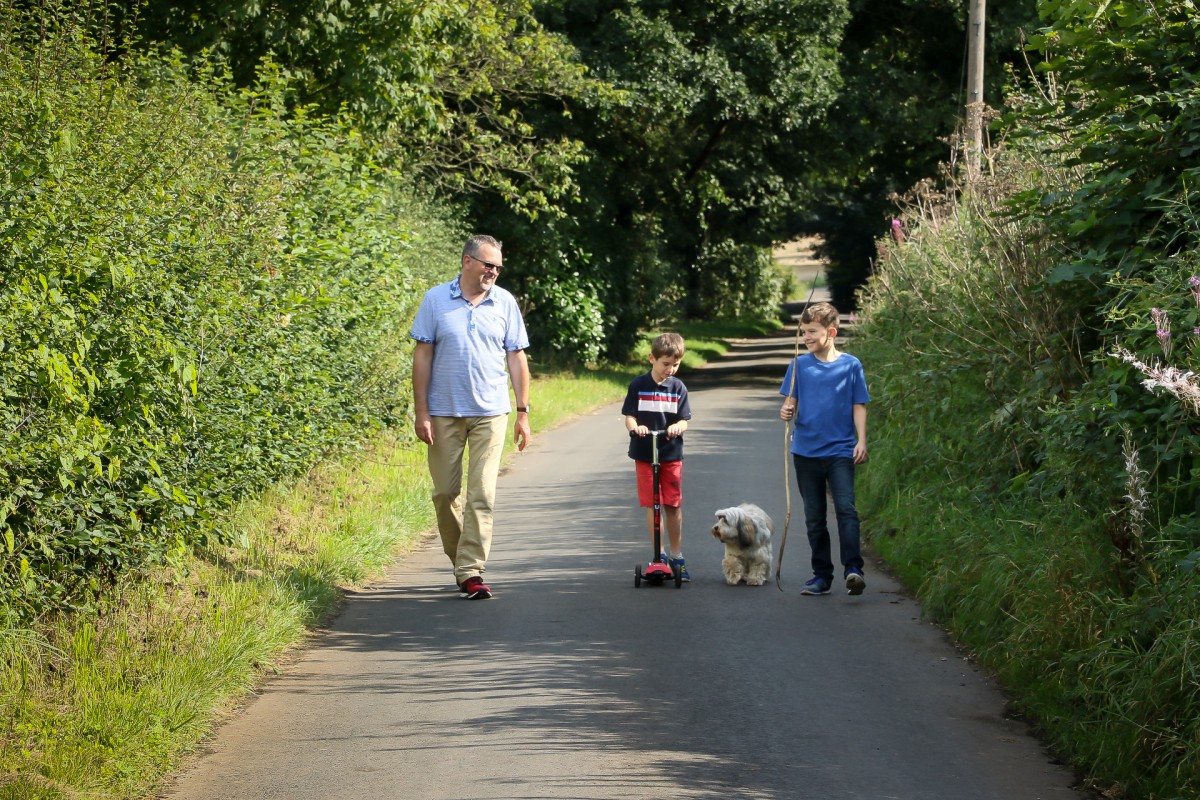 Simon Davies and his wife are ‘mainstream’ carers from Devon. They have been fostering children for six years. Simon and his wife decided to foster younger children because it suited the dynamics of their family (they felt it best to foster children that were younger than their own). They currently have a thirteen-year-old boy that has been with them for five years and sibling brothers aged four and six, who they hope to adopt in the near future. Simon, who is forty-eight and a former retail manager, explains in his own words, what led him to fostering;

“Before we got married, my wife and I always said that if we could not have our own children then we would foster or adopt. When the first of our own three children flew the nest, we felt the time was right to look into fostering.

When we were approved, our second child was about to go, leaving only one at home and giving us the time and space to commit to fostering. We felt that having raised three of our own reasonably well, it would give us the parenting skills to support a fostered child. My wife works at a local secondary school so has a folder full of certificates from the child-related training she has received. Prior to that, she was a manager of a preschool so felt we had the age bases covered. I however, came from a retail management background so only knew what I had learnt from parenting my own children”.

Simon and his wife did anticipate that at times there would be challenging behaviour from the children they were fostering and so expected swearing and shouting, but they were impressed with the support that they both received.

“We were pleasantly surprised by the level of support from our supervising social workers, who over the years have been a tower of strength and a font of knowledge. We wanted to make a positive difference to the lives of the young people staying with us and have come to understand that there are very few “quick wins”. The gains are mostly seen much later in the placement as you build stronger relationships with the child”.

The professional support network was one of the reasons that they approached Fostering Devon, which is part of Devon County Council. They did also approach the private sector but felt that Fostering Devon added another dimension to the support, training and knowledge base.

“The supervising social workers we have worked with have all been fantastic. A calm, balanced head to bounce issues off and also a guru when you have run out of ideas yourself!

It took a long time, about 15 months, from the initial evening introduction session to become a fully-fledged Foster Carer but I am aware the process and timescales are much quicker now. We were kept very much in the picture as to what would happen next in the process and how to prepare for it, we never felt neglected, despite the timescales”.

Simon stresses that you need time and commitment to foster children and you have to be supportive in many ways, but that it’s also very rewarding. It makes a difference to the children that may not have had a great start in life. He also explains that you have to wear many ‘hats’;

“Where to start…it’s 24/7 and 365 days of the year. It’s a job that you can’t clock off from. We are everything from cook to nurse, taxi service to laundry maid, complicated by the expressed needs of a child or young person being very different to what is actually needed to help them.

You have to be there for them no matter what, listen without judgement or prejudice, support through the bad times and share the good times. Seeing them succeed, sometimes the smallest steps are the biggest progress. The hugs are few and far between, however, are like an Olympic medal. Some will even tell you they love you, which melts your heart when you know what they have experienced.

We aim to support our fostered children in a similar way to our own, to become balanced confident individuals, who can reach their professional potential and personal contentment. We endeavour to open their minds to the opportunities that exist for young people and try to shine some light on a brighter future that they may not have considered”.

Fostering can be challenging too and there were unexpected issues that Simon and his wife didn’t anticipate.

“Some young people, despite your very best efforts, won’t accept your support and persist on a path of self-destruction. It’s very difficult to see someone you have cared for take enormous risks with their health and well-being, with no sense of the hurt they are causing themselves and those around them. You have to be prepared that it isn’t all plain sailing.

But there were many unexpected positive aspects. Therapeutic training has evolved our parenting style considerably and we have seen enormous progress with the young boys who are with us currently. Only a few months ago it was felt that they could not be adopted together because of their aggressive, violent behaviour. Now it would be unthinkable to separate them. 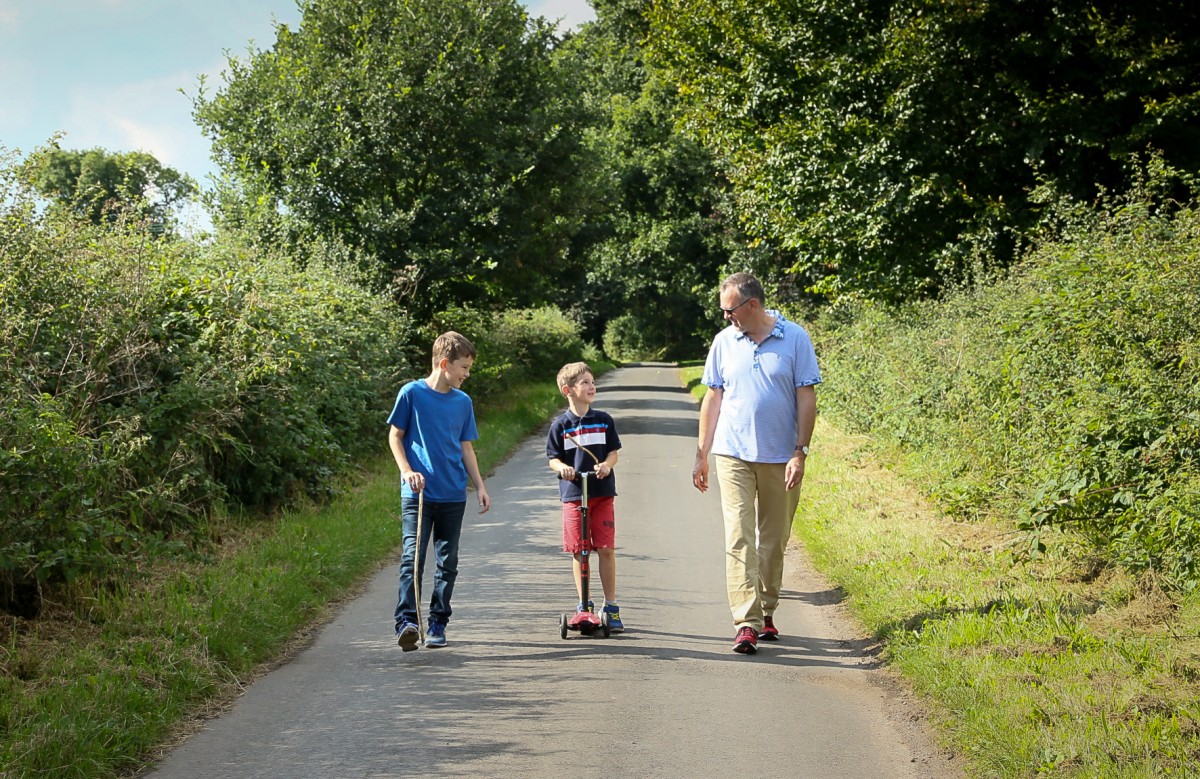 “You have to be there for them no matter what, listen without judgement or prejudice, support through the bad times and share the good times. Seeing them succeed, sometimes the smallest steps are the biggest progress.”

Fostering has changed our lives. It has meant a complete role reversal, I am the main carer for the fostered children, following my retail career. We realised after a couple of years as foster carers that to commit to the permanent placements we had, that one of us needed to give up full-time work. As I had attended all the meetings and training I was the natural choice. I have experienced many moments with my fostered children that I missed with my own due to work commitments.

If you were thinking of becoming a Foster Carer then you need patience, a sense of humour, to be approachable, be a good listener, open minded to accept new ideas, be calm and considered, organised and a good advocate.

But if you think you can handle it then.…do it, it will be hard at times, however, the emotional rewards are worth the effort.”

Whether you are an existing foster carer or someone who is interested, we would really value your thoughts and feedback on our existing Fostering Devon website. Fill out survey.